Today I present an article that includes some of the darkest stories of the game. In this report, we review these stories, those that are often punctuated by revenge, marked by tragedy and starring imperfect characters that sometimes the player can get to connect in a more special way.

Engineers can also have a bad day at the gigs, but I bet none has had one as bad as that of Isaac Clarke. Well, Gordon Freeman also had theirs in Half-Life, the way things are.

Aboard the Kellion, this specialist systems engineer team traveled its way to its new mission, locate and repair the ship USG Ishimura mining planet, a name that all players in 2008 was recorded us forever. Isaac also had another purpose that fateful day finds his girlfriend Nicole, a doctor who was on board the Ishimura. In that mission Clarke had to face many dangers, he witnessed horrible things and what is worse; he discovered that Nicole was long dead. That experience and contact with an alien artifact known as the Marker left him strongly marked. Tormented by visions of Nicole finally he ended up in a psychiatric ward of the Titan Station, where he managed to escape when the threat of neuromorphic returned to hover over him three years later. 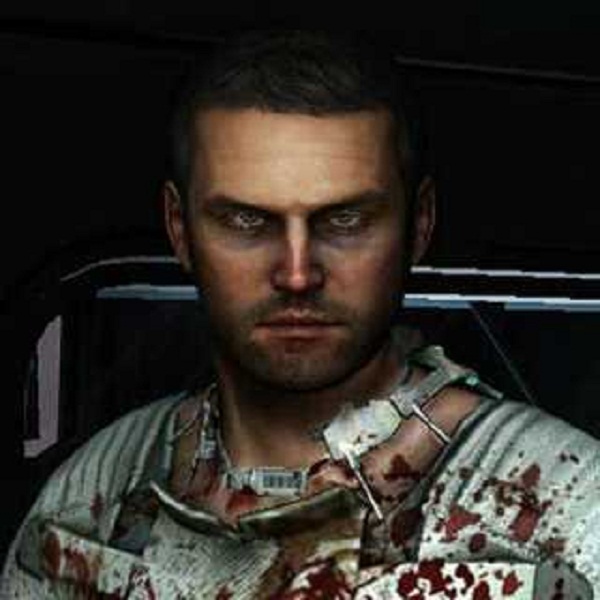 Isaac again returned to dodge death in those facilities and met Ellie Langford, the pilot of class IV of heavy equipment and survivor of the Titan Station with which then supposed, it initiates a relationship. It is not easy to live every day with that horrible experience and after all this mess Isaac tried to start a new life with Ellie, but this leaves him to continue on his way.

In Dead Space 3, we find an Isaac Clarke despondent and tortured, but when he learns that Ellie is missing on a mission related to Unitology, without hesitation again embark on a struggle for survival against the dark effigies, aberrations and neuromorphic. A mission that would become no return for Isaac, no matter how they choose to continue the saga of Visceral, from my point of view it ended forever with that emotional end, that sequence in which Isaac merges with the stars while watching the photo of Ellie.

It is difficult not to have played The Last of Us. Those who have not proven themselves certainly know their protagonists, the topical pairing of an adult and a child where the highest infant ends tender bond of love because it reminds her missing son, in this case, a girl. The game of Naughty Dog starts with one of the most spectacular introductions has been in a video game in recent years and with a tragic scene when Joel lost his daughter.

This character, his beard, his appearance affable and protective dad, encloses more darkness than it actually appears. Joel does not hesitate to kill and does not show any mercy in those moments where, maybe one, maybe if you would. Heartbroken by the death of his daughter and showing, initially, his rejection Ellie finally Joel is forced to escort the girl during a perilous journey through a devastated United States. But they say the friction makes the love and in the course of your adventure begins to remind the girl closer and closer to her missing daughter, or at least that’s what the player may hear. The final cinematic leaves no doubt about this feeling and selfishness of Joel himself. No hesitates to deprive humanity of its possible cure and deliberately lying to Ellie. To protect it, but also, because she sees her dead daughter, which would recover over anything?

The story of Dominic Santiago, “Dom” for colleagues of the CGO is the typical love story in times of war and uncertainty that elapses bitter way; it ends tragically while so epic.

After the famous Emergence Day, the assault of the Locust to the surface of the planet Sera, Dom’s wife, Mary, disappeared without a trace. After a hard road and a long wait, Sun finally found a solid clue about the whereabouts of his beloved wife. Everything indicated that Mary was imprisoned in a labor camp for Locust humans. From here, anyone who has played Gears of War 2 and Gears of War 3 will agree with me that attended two of the most emotional moments of the saga of Epic starring this character, two authentic moments of this generation.

When Dom finally finds Mary, captive in a kind of capsule-cell, starts a kinematic ruthless where this reunion awaited by all fans shown Gears of War, which like Dom kept hoping to find Mary in sometime in the saga. Showing for only a few seconds to a Mary remembered as Dom, reality soon manifested hard and real. Mary was brutally tortured by the Locust, leaving her in an almost vegetative state, forcing Dom to make a tough decision. End the suffering of his wife.

Since that day, Dom surely gradually began to think that their reason to keep fighting in that conflict had ended, something that is apparent during the course of the third set and confirmed with this exciting time in which decides to sacrifice for save his comrades while shouting, you thought and not end right Mary? Definitely an emotional moment and sacrifice of those who either want to forget.”

He was always the best man they had. In the helicopter crash, he came between Snake and the blast to protect his life. The man who until then had been and all his past, died in that moment, however, before finally dying you would still have to complete one last mission, the most important of his life; back to protect Big Boss one last time supplanting their identity. As said Ocelot, “a detour on the inevitable road to hell”

Miller’s plan and Ocelot were underway. V’s past was erased forever to acquire of Big Boss as his own, to the point of believing be the legendary soldier. After facial surgery and induced by hypnagogia sessions to implant powerful suggestions, share thus all missions, experiences, and feelings of genuine Snake, all this to make him believe that he was the real Big Boss and thus attract the attention of Cipher.

His memories and his past were manipulated to make it into the face of the great soldier on the world stage.An honor perhaps, a rebirth, the most important mission that a soldier could aspire. However, Venom Snake, he was doomed. He lost his life, his own identity, and memories. It’s complicated and slow descent into hell had begun but before would have to terminate its last great work, the most important of his career, a mission which would never be remembered.

Mike decided to leave his studies in English literature for a living as a taxi driver, one gigs where you know many people at the end of the day. One of these days, one of his passengers, left forgotten in the backseat of his cab a packed pasta briefcase. For most people living is somewhat complicated, if that’s what you add that things at home are not going too well, meet unexpectedly a large sum of money is something that can help everything goes a little better during a season.

Mike decided to stay that briefcase full of money to help his family and pay for the operation of his little brother ill, Luke. However, what he did not suspect is that the money belonged to the mafia. Beset by this, good old Mike began to move so desperate underworld of New Orleans with the intention of finding a “Bokor”, a kind of voodoo witch who could protect him from his pursuers.

The destination can be very capricious and play tricks. The price we had to pay for their salvation Mike was very high and marked him for life. The mafia killed his parents and little Luke exploding a bomb in the family car. Mike managed to save the life but was under the influence of the voodoo witch as his slave and puppet. However, some time later, another priestess named Nettie saved him Witch control but with a dual purpose. The priestess placed on the chest of Mike Shadow mask, making it a Shadowman, ancient African warriors chosen by the gods in order to fight the forces of evil threatening the world of the living from the other side.

Mike became Shadowman, the Lord of the Dead Zone, forced to move between two planes thanks to a very special object that served as a connection between the two worlds, the teddy bear his brother died. Mike began a dark and mystical adventure that would take him to confront the evil Legion, which wanted to unleash the apocalypse on earth with an army of dark souls headed by “The Five”, a unique group composed of the five murderers in series most dangerous of the history.

Mike did not recover his family but became the Lord of the Dead Zone, who walks between two worlds, Immortal Voodoo Warrior.

After his adventure in Wonderland, a terrible tragedy awaited Alice. A mysterious house fire killed his entire family and only she got out alive to tell the tale, and of course autism.

Years after the event, Alice still blamed himself for the death of his family being the only survivor. Immersed in a state of insanity and committed to a psychiatric Victorian sinister, Alice, locked in her damaged and twisted mind, returns back to Wonderland. But this time, there is shown a different, much more sinister, cruel and twisted, a true reflection of their own mental state. Thus begins a grueling introspective and violent struggle in which Alice looking regain his sanity to discover the truth about the strange fire that took his family.

Love, a force so powerful that completely blind to reason … even to the truth, and the loss of love can blind a man enough to do anything to bury the truth, hide your pain.

After his wife was murdered by the forces of darkness, Gabriel, a member of the Brotherhood of Light, began a long journey to find the Guardian of the Lake with the aim of finding a message for the salvation of the earth, which is separated from the heavens, deprived of God and ravaged by evil.

Gabriel faced Dark Lords while his soul was consumed increasingly defeated and snatched fragments of the Mask of God to free the soul of Marie and those recently deceased who had been trapped unable to find peace. However, the memory of their beloved, craving for revenge and a terrible revelation could not save him from his fate. Desolation ended up turning it into Prince of Darkness.