Over recent decades, the UK has been regularly laughing for charity as we do love our comedy charity fundraisers. Comic Relief has just happened this month, after being an annual visitor to our screens since the 1980s. It was founded in 1985 by Richard Curtis and Lenny Henry, who wanted to do something about the terrible famine in Ethiopia. Red Nose Day is a telethon held every March, along with its sister project called Sport Relief.

Comic Relief is now firmly embedded in British culture after it was launched on Christmas Day 1985 from a refugee camp in Sudan. The first live fundraising event aired on 4th April 1986 from the Shaftesbury Theatre in London. The first live show featured famous comedians such as Billy Connolly, Rowan Atkinson, Lenny Henry and Stephen Fry. The red nose idea didn’t appear until 1988. Both Richard Curtis and Lenny Henry are still active participants in the event. At the end of the 2015 Comic Relief, the 30 year anniversary, it was announced that the Red Nose Day appeals and Sport Relief had raised in excess of £1 billion. 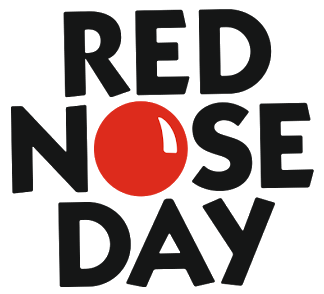 Amnesty UK has been using the Edinburgh Fringe Festival to promote awareness over human rights issues. The festival is one of the largest arts and comedy events in the world, held every summer. This is the platform where many comedians have found fame. Amnesty are a strong presence at the event and even hand out an award to the production which best raises awareness of human rights.

The British Heart Foundation have recently introduced Vinnie Jones into their advertising campaign. Famous for being an ex-footballer, hard man and comedic actor, Vinnie’s humour has become an effective way of remembering the steps to take during CPR. The comedic macho approach is a great way to appeal to those in public who may not have felt comfortable with the idea of giving CPR in a life-threatening situation before.

If you have a charity fundraising event that could benefit from a comedy show then Hire A Comedian at https://thecomedyclub.co.uk/. Give your event a great sounding name that links to what you’re fundraising for and also has a comic feel to it. Book up a venue as soon as possible and choose a comedian with plenty of experience of similar fundraising events. Get as many volunteers and friends to help sell as many tickets as you can and promote your event on social media and word of mouth.

Local media is another great place to advertise your event and getting an interview on local radio will really boost ticket sales. It’s also a useful platform for raising awareness about the issue that you’re fundraising for. Thank everyone for their support and let them know what the money will be used for as people like to see concrete goals. Most importantly – have fun and have a laugh!