After the Second World war Britain had a problem. There wasn’t enough housing in the country and the incoming Government had made it their mission that there would be. One problem had been solved as the slum areas in many major cities had been levelled by the German Luftwaffe. The Government needed a quick option but one that maximised space too. Not only that but with improved views it was thought that they would elevate people away from smog plus with shops and amenities at the base, provide a contained community similar to the slum areas before. 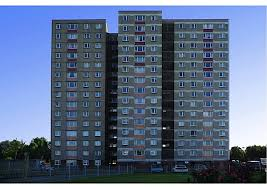 Initially this was seen as a great idea and functional designs were submitted to councils for the housing. They uniformly followed the tower block approach with little variation. All used concrete over a steel structure as the main building material and this lead to the movement of brutalist architecture, where function is seen over the aesthetic appearance but the function itself is the aesthetic, appearing in Britain. They were influenced by the work of radical urban planner Le Corbuiser who was proposing the same thing in Europe where much of it’s cities were smashed by the Second World War.

At first all seemed well, and the gleaming white edifices were soon filled. However, as the inevitable toll of pollution turned them grey and the material began to decay through concrete cancer and rushed production values the buildings began to suffer. Soon damp got in and caused more structural damage. Inside this seems effected the president’s health plus it was soon clear that the high rise could not cope with caring for a family with children especially as they were on the 10th floor and the playground on the lawn at ground level. Crime became an issue as the Police had issue getting to the sites quickly. Added to this the functional concrete surroundings intended to create futuristic space became rat runs. 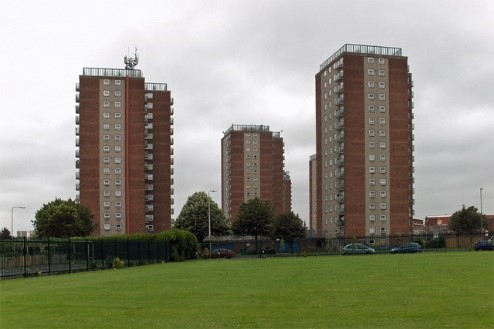 If there had been a better Block Management Company such as http://www.completepropertygroup.co.uk/property-block-and-estate-management/ then perhaps things might have been different but it soon became clear to the public that all that had been created was a repeat of the slums that they had had to endure before only this time with out the dangerous nightmare of the community lift, which probably didn’t work anyway. This was not the intention of the council by any means as they believed this would create a vibrant community spirit. The placing of problem families in the blocks and therefore centralising problem may have helped the council but not the law-abiding residents. This just confirmed what they thought that they were forgotten and abandoned.

The high-rise has not come to and end though many have been demolished to build house estates instead. Refurbishment has meant that may are now used by young professionals and due to their location in London and Manchester they represent a desirable location. Whilst there are plans in some areas to build more it is with caution and care.