Education is the backbone of any society and the education system here in the UK has developed over many years and the facilities available to children and students improves ever year.

In schools nowadays, the classrooms are filled full of displays of children’s work, computers and dry wipe magnetic whiteboards amongst other things. (For examples of these boards take a look at https://wedgewhiteboards.co.uk/ ) But this hasn’t always been the case.

Victorian schools certainly weren’t the nurturing environment that many of our schools are today. Children from wealthy families were taught at home by a governess until they were around 10 years old and then traditionally a male child would move onto a public school like Eton. There were less options for girls and they tended to continue being home schooled or would move onto a ‘finishing school’. 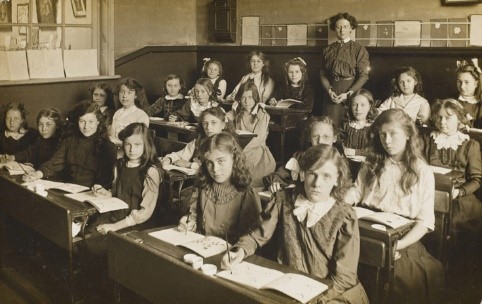 In 1870 a law was passed stating that all children between the ages of 5-10 must receive an education. The school leaving age was increased to 11 in 1893. It was thought that this law would ensure that all children, even those from the poorest backgrounds, would have access to education. However, many families whose children went out to work prevent them from attending school as the family was in desperate need of all the income they could get.

The class sizes and make up were very different to what we see now. In urban schools class sizes could be up to 70 children and in rural smaller schools the class sizes were less, but the age band of children was larger. You would often see a child aged 6 in a class with a 10-year-old. 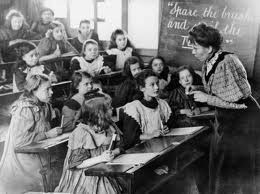 Discipline was swift and severe. Victorian values believed that people were inherently set to do wrong and need to be corrected or shown the right path. “Spare the rod, spoil the child” was the ideal that was adhered to. If you did or transgressed a rule, then the cane or birch was employed. Basically, it manet hitting the child on the legs, hand or bottom to so them the error of their ways though it rarely did. It was hoped that they would be a deterrent but there is little evidence that they were.

Many believe that this corporal punishment should return to school now to keep wayward teenagers in line and that school rules should be more strict and easier to adhere to.