In central China at the Three Gorges Dam, the world’s largest ship lift has been launched. With the capacity to lift vessels 370 feet up or down, it enables them to cross the dam at Hubei Province on the Yangtze River.

Up to 3,000 tonnes can be lifted by this structure, which is 550ft-high and it reduces the time it normally takes for vessels to pass the dam. Passing through the ship locks takes vessels four hours but with this new piece of innovative machinery, it’ll take just 40 minutes.

A trial operation of the new elevator began in September and experts believe that the shipping capacity of vessels will be increased by this new elevator to as much as six million tonnes annually. Small ships carrying cargo, cruisers and passenger ships will all be able to use this hi-tech lift but the five-chamber lock will still need to be used for larger vessels. 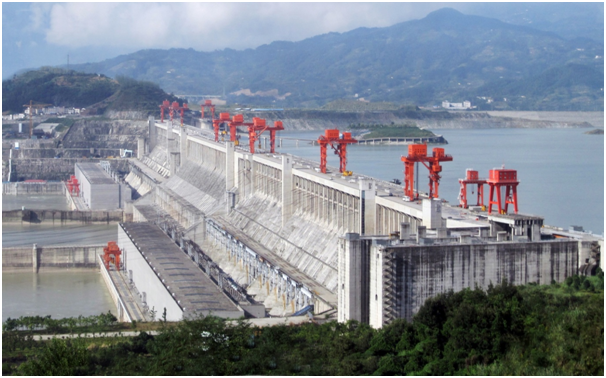 For over two decades, this ship elevator has been planned but in 1994, the project was temporarily put on hold due to concerns over health and safety. Work on the construction commenced again in 2008.

With this new capacity, many anticipate that more boats will be able to pass through the dam and shipping capacities will increase. Pallet racking – like pallet racking in Ireland by companies such as https://www.rackzone.ie/pallet-racking – will also become an integral part of making sure ships are loaded to maximum capacity to make the most of this extraordinary new feat of engineering.

The Three Gorges Dam overtook the Itaipu hydroelectric power plant, which is located in Paraguay and Brazil as the largest hydroelectric dam. The Itaipu plant has a generating capacity of 14,000 megawatts whilst The Three Gorges Dam generates 22,500 MW. However, due to the seasonal variations and the Yangtze River’s water availability being limited for several months, both dams will generate the same amount of electricity annually.