A new face of the smartwatch

2017 sees the debut of the Study Watch produced by Verily, a Google-owned health research organisation developed by parent company Alphabet. Featuring a simple display, this is a data capturing device that records a range of information from the wearer, including ECG data, heart rate, electrodermal changes, sleep and movement.

The gadget minimises excess energy usage by doing away with apps and streamlining the interface. An efficient processor at its heart should allow for complex data to be captured and for the watch to continually record for a week on just one charge.

Other health trackers on the market

While consumers can purchase their own smart devices, the Study Watch is making the largest splash and the first foray into research-driven data capture. Although Nokia and Apple are on the sidelines developing further into the health arena, the Study Watch will be the first of its kind to utilise such multi-modal tracking and implement it in a large-scale research project.

Projects for the Study Watch

Verily has set an admirable initial goal for this device with its “Baseline” project. According to New Scientist, they hope to study 10,000 participants over four years to create a baseline measure of various features, from physical activity to genetic and sleep patterns. By uncovering certain algorithms and patterns through their volunteers in the US, they hope to learn more about the links between and the predictors of certain diseases and health problems.

Volunteer-led research is not new, and various patient recruitment services operate globally, such as those found at http://www.richmondpharmacology.com/patient-recruitment.php, for individuals looking to participate in clinical trials. 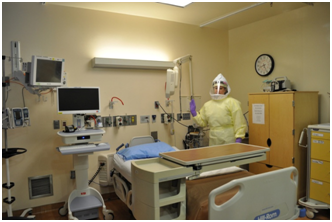 Having this on your wrist will only provide you with a couple of instructional tips where necessary, along with the time and the date. There are no bells and whistles for the wearer, and you won’t get to see the data gathered about your bodily functions. The watch should be comfortable and unobtrusive, allowing the participant to forget they are wearing it. Data will be constantly captured and released only to specified researchers and organisations, with user data being anonymous and encrypted for security purposes.