The magical diets surround us and do not stop adding victims with their tempting proposals, beyond the many times we hear that their practice is not recommended . Much of the problem is that miracle diets hide very well, confuse us and we come to consider healthy proposals when they are not, so today we show you how to recognize and dismantle a miracle diet, to lose weight thanks to science .

Common characteristics of miracle diets to recognize them at first

To not be a victim of these proposals that can leave traces forever in our body, we show you the common characteristics of miracle diets that will allow you to recognize them easily: 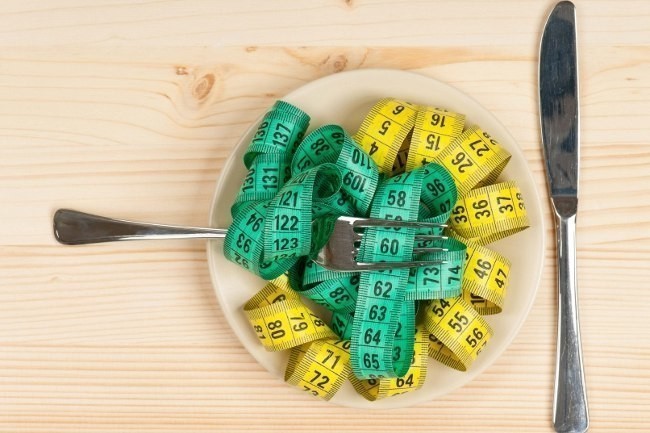 They have a tempting and attractive name or message

Let’s start with his name or the first thing we usually see about them. They tend to be presented with tempting, eye-catching or attractive messages that encourage us to see what it is about and thus, start with their consumer capture trap.

The ” diet of astronauts ” or ” diet of beer ” certainly appeal to us by its simple name, and even more if accompanied by a message like “to lose weight easily” or “to drink all the beer you want and lose weight”.

These are common characteristics of miracle diets that consist of nothing other than “selling”. They apply different methods of neuromarketing that end up conquering the consumer who expects to lose weight and is often vulnerable.

They promise a great loss of weight

There are miracle diets that even promise to lose 10 kilos in a month , or 1 kilo per day and this is undoubtedly a very effective weapon to capture the attention of different people who, no matter how much effort they make, intend to lose a lot of weight already.

Most diets really achieve what they promise, but they do so at the expense of very low calorie diets , severe restrictions on food or other resources that do not favor changing habits, and that are not sustainable over time.

As if that were not enough, the faster we lose weight more likely you are to lose muscle and bone mass, and can increase the risk of osteoporosis as a study published in The Journal of Nutrition says .

The metabolism suffers completely, altering hormones that produce hunger and satiety and reducing daily caloric expenditure, all of which favors the most frequent rebound effect the more restrictive is a diet as scientists in Stockholm conclude .

They are promoted as easy resources, effortlessly

Another characteristic of the miracle diets that makes them tempting is that they are promoted in such a way that they look like easy resources, without effort or at least without what we should do with an adequate plan and exercise to lose so much weight in a short time as they usually promise this. type of strategies.

Messages like “eat all you want”, “without restrictions” or “without starving” are frequent in miracle diets such as Atkins ketogenic diets for example or the Dukan diet where unlimited protein foods are allowed but on the other hand, they restrict the intake of carbohydrates to the maximum.

Completely eliminate fruits, vegetables, legumes, cereals and cereal seems easy if we much satiety and not feel hungry, but it is not at all nor is it sustainable over time, because without leaving visible, these strategies remain restrictive and strict to prohibit food and this, leads to stressful situations as noted in a study published in the magazine Appetite that finally tells us about the great effort that is made for their practice.

They are based on a single food

Based on a single food or a single preparation we find many miraculous proposals such as the ” pineapple diet ” or ” soup diet ” that enhance the characteristics of a product by attributing magical properties to it and, on the other hand, disregarding other foods.

The foods are not good or bad , but act together, in the framework of a diet and other life habits, therefore, the diet of the pineapple works because it only consumes it and drastically reduces calories , not because the Pineapple has miraculous properties.

The monodietas or diets based on a single food are very frequent and not only create misconceptions about different ingredients or dishes but also can promote nutritional deficiencies by not promoting the achievement of a varied and balanced diet as noted by scientists .

They are not personalized

Journal diets, web pages or other spaces that are miraculous strategies are extended without considering your weight, your size, your biological condition, your level of physical activity or if you suffer or not diseases. They are universal diets, they are proposed for everyone equally and they are not personalized as a Nutritionist or Nutrition specialist would receive us in their place in a particular way.

This not only leads us to obtain variable results but it can place our health at risk and, of course, does not favor adherence to the diet over time, but rather the opposite.

For all these reasons, the best is always the individualized diets, adapted to our particular characteristics and created by professionals, as this research from the University of Valladolid suggests .

The most known miracle diets and why they do not work, according to science

At our disposal, there are a variety of diets that meet the aforementioned characteristics and that is why we can recognize them as miracle diets . Among the best known are:

It is one of the most popular miracle diets and as old as current. It is based on the production of ketone bodies in our body or ketosis that derives from the great fat burning before the elimination of hydrates in the diet.

It is a restrictive proposal that can not only promote the rebound effect and the alteration of the alimentary behavior by eliminating different groups of whole foods such as fruits and vegetables or cereals and legumes, but also has several side effects, among which are included bad breath, dizziness, irritability or decline in cognitive performance as American scientists point out .

It is an incorrect proposal because selecting foods based on the glycemic index can lead to errors if we do not take into account other parameters such as the combination of nutrients and the effect of more complex dishes that can modify the glycemic response of a food.

The diet of the pineapple is a monodiet, exacerbates the properties of the pineapple and proposes it as a basis for food. This alternative is promising with depurative and slimming effects.

It is a strategy very poor in calories and therefore, considerably restrictive, being able to propitiate from nutritional deficiencies to severe metabolic changes that accentuate the risk of suffering a rebound effect .

And like all diets that promise to detoxify the body , are not endorsed by science , are not beneficial more than a balanced diet rich in fruits and vegetables.

The dissociated diets are based on dividing the foods according to their nutrients, not allowing to mix hydrates and proteins mainly.

This premise gives rise to false beliefs about the combination of nutrients and according to a study published in the journal Nature , there is no scientific evidence that shows advantages when separating nutrients , so that its practice would not make any sense if we seek to lose weight.

The Dukan diet is like the Atkins diet one of the most famous ketogenic proposals, is structured in four phases that among other things promise a great weight loss and then, the maintenance of lost weight.

However, those who have done it point to having experienced a marked rebound effect due to the fact that in its initial phases, the Dukan diet restricts to the maximum the sources of carbohydrates to promote the burning of fat by means of ketosis.

Its creator is a doctor and this gives value to the diet, however, it hides a big business and as a professional, he was expelled from the school of nutritionists and dietitians who supported him for obtaining economic return with his proposal.

Its name derives from the hormone that is released in pregnancy: human chorionic gonadotropin because in this diet the intake of 500 Kcal dailyis combined with an injection of HCG a day that favors the mobilization of fats.

During pregnancy the hormone allows you to obtain energy to feed the fetus, but if we are not pregnant, this energy expenditure promotes weight loss.

However, it is a very restrictive diet and because it involves hormonal changes, it is risky for the organism as pointed out by experts at the Mayo Clinic who also list a large number of side effects such as: emotional instability, fatigue, irritability, depression, edema, gynecomastia, among others.

The diet or Pronokal method is based on a high protein diet and closely resembles in structure to the Dukan diet, it establishes three different stages, the first only protein foods are consumed, then they go adding other foods in the second stage and the last one tries to consolidate the maintenance.

However, the restriction and prohibition is again present and therefore, there is a risk of rebound effect as well as altering the eating behavior after its proposal that eliminates whole groups of foods rich in carbohydrates.

As if that were not enough, there is also a big business behind it with a variety of products that are sold and are apt to follow the Pronokal method.