The Apple Watch was unveiled in 2014 but only went on sale in 2015 at a time when smart watches were no longer new. We even already had completed the tests with the Moto 360 first acceptable smartwatch that arrived here. Still, Apple’s reputation and the uproar announcement left us graspable to test the gadget. After all, if the company that says pioneer came late in a market, we imagine that is good stuff out there to overcome any other device of its kind that already exists. But is it? That is what we show you in our analysis. The version of Apple Watch we tested is the 42mm with sports black bracelet but not the Watch Sport.

The clock body is made of anodized aluminum, which Apple claims to be lighter than ordinary aluminum and 60% stronger. Square, with rounded edges, the Apple Watch is very beautiful. The finish is quality and back, where is the heartbeat sensors and location to connect the charger, is ceramic.

The model we get here is super low-key, with black strap and dark gray body. However, there are other models of the most striking Sports line, as well as other styles lines watch and watch Edition. Sports bracelet is very comfortable to wear, easy to put on and leaves the safe watch on the wrist. It is made of Fluoroelastomer, which is a very resistant material. And the watch strap is accompanied by two sizes, to suit any arm.

What surprised me was the Apple Watch come with two buttons. Apple, all minimalist, provides only a physical navigation button on a larger device like the iPhone but put two in a wristwatch. The low works to access your favorite contacts, interact with them and to turn off the device or activate the power saving mode. Since the crown has two functions: to press, it opens the application menu and turn, it zooms in this menu or rolls the interface of an app. Sincerely, unnecessary this button contacts, it would be much more practical to just let the crown and use a gesture on the screen (pull the side while in time display, for example) to enter the favorite contacts or leave the crown pressed for more time to shut down. Still, it’s nothing that hinders usability, before left over than missing.

The screen is very good, with a resolution of 390×312 pixels in the 42mm model. It delivers quality images and proper viewing even in sunlight. The touch response is fast and precise. The glass screen version we reviewed is sapphire crystal. During use, it proved very resistant. Sometimes, as when hitting with the clock on a door and drag it inadvertently on a wall, I was afraid to look at the wrist and face me with a broken or scratched screen. That’s not what happened. Despite these incidents, the Apple Watch was not with any brand.

“Resistant glass of the beats survived without any scratch”

The clock can communicate with the iPhone in two ways. Through Bluetooth connection, when they are close to each other, or via Wi-Fi network when devices are away – but connected to the same network. And they must always be matched to most of the features to work the use and receive notifications of applications and connections. Regardless, it can be used to monitor physical activities with motion sensors and heart rate, using a stopwatch, timer and listen (with Bluetooth headphones) a playlist from Apple Music previously synchronized. This last possibility is a good balcony of Apple. So you can leave the iPhone at home when exercising and being distracted listening to music. The gadget has 8GB of internal memory to store these playlists. 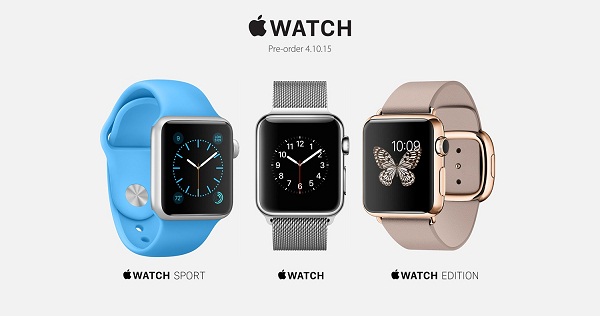 And if you sweat while running, no problem, the Apple Watch has been resistant to water and splash, which does not mean that it is waterproof. It is recommended not to dive with him, or bathe.

The Apple Watch has a good amount of compatible applications. It is essential to have a good user experience. All the apps I tested, the bank apps to Instagram, Messenger, Twitter and Swarm, showed a simple and efficient optimization. And the management of these apps is done by Apple Watch app installed on the iPhone. There you can define which compatible applications will appear in the Apple Watch, set layout and tinker with other settings. Even if some application does not have the version for Apple Watch, the watch displays the notification that appears on the smartphone.

Equipped with Watch system OS 2, the clock provides a very intuitive and easy to move interface. Starting always the time display, to make a down swipe you have access to notifications – and can answer them through ready answers or voice transcription. When pulling up, appear several widgets such as temperature, stock quotes, calendar, heart rate, activity monitor and player to control the music you’re listening to. There is also possible to put the watch in silent, airplane mode or do not disturb. Another cool feature is to make your phone function to play in those moments of despair when you lose the device.

The main innovation in the interface is in the application menu, which is activated by pressing the crown button on the side of the watch. It is possible to zoom out to see all the apps or increase to approach a specific app. This interaction is made by turning the crown. The first impression you give to see this cute interface is that you will not be able to press the app, because of the small size of the icons. But it’s not what happens. The recognition of touch is very precise. Another way out is to position the app icon you want in the middle of the clock screen and zoom through the crown so that it opens.

The crown can be used also to make a kind of time travel. In clock display screen, to rotate it, you can view your upcoming appointments and how the weather is at the time, for example, or verify that you did not forget any meeting or reminder in the past. The information displayed can change according to the type of display you choose. It is a good alternative. So it is not necessary to open the calendar.

And for even more ease of use, the Apple Watch also brings Siri to perform functions via voice command. Just let the crown down to the assistant open. You can ask the weather, ask to open an application, call someone, etc.

Monitor physical activity is one of the most outstanding features of the watch. And one of the most useful, too, replacing the smartphone for a smaller device, the wrist, and monitors more than the distance. The Apple Watch comes with a heartbeat sensor, accelerometer, gyroscope and pedometer. When you move with the wrist to see the time, the clock turns on the screen. When you start a race or other physical activity, it constantly monitors the heart rate. In addition to monitoring the amount of steps and kilometers traveled, the clock identifies when you are standing or sitting. If stopped, he even recommends you to move a little.

Another innovation in relation to smart watches that we know today is the Force Touch technology. The Apple Watch was the first Apple device to come with the feature that allows you to perform different functions as the force you exert on the screen. For example, to change the time display, just press a little harder on the clock and the other options will now appear. Other apps also explore the technology. It is a new form of very cool and promising interaction. So much so that the latest iPhone models (6s and 6s Plus) incorporated the technology that the smartphone is called 3D Touch (Touch because Force is very naughty).

Another interesting possibility is able to answer the calls and talk to the person on the other side by the clock. It has a speaker and a microphone. It is good for those who have the habit of using the speakerphone at home or even on the street if you do not mind if other people listen to your call. Not to mention that it is not necessary to leave the phone looking for when someone calls you.

The Apple Watch performs masterfully all functions. In a month of use, there was no delay in the command response, either by touch or voice. The heartbeat sensors and monitoring exercise also did not disappoint.

The 250 mAh battery lasts a whole day getting some reports, using sensors and seeing the time. At times, I came up the other day with the load. But to not be on hand already midmorning, it is good to recharge every day at night. After all, it’s nothing unusual, at least for me; take the watch off before bed. And as the charger is magnetic, it is super handy lay the Apple Watch to load. It takes about two hours to give a full charge.

The Apple Watch justified the delay of the company at the entrance of smartwatches market. The device is beautiful and well finished (with several different options and styles), sturdy, equipped with an intuitive system that smooth wheel and features like Touch Force, which make very practical use of experience. However, none of these features justify the price at which it is sold. It works only with an iPhone.