Turkey is one of the most interesting and culturally mishmashed countries that you could ever wish to visit. It sits at the Eastern end of the Mediterran sea. With one foot in Europe (it is the only Muslim country on the continent) the other in the Middle East and the continent of Africa just a short boat ride away it is a gateway nation that retains a proud standing and modern heritage. It’s also a cracking place to go on holiday. 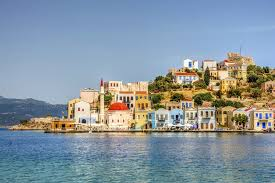 It’s warm Med sunshine and glorious coastline mean that it has some of the most amazing beaches in Europe. The water is clean and pleasant especially those in the Kas region of the country. It reaches around the idyllic blue waters of the calm Gulf of Antalya. Villas in Kas are extremely comfortable and reasonable especially those from https://kas4villarentals.com/. You can easily lose yourself in this sleepy paced fishing village life where the sun is rarely from the sky.

If you like culture then Turkey has that too. It has changed hands a few times being part of the Roman Empire and then it’s only surviving part with the Eastern Roman Empire as Byzantium based in Constantinople, or Istanbul as it has been renamed since the Sejuk Turks conquered it. There are still examples of both early Turkish influences and the older Byzantium structures dotted all around the place.